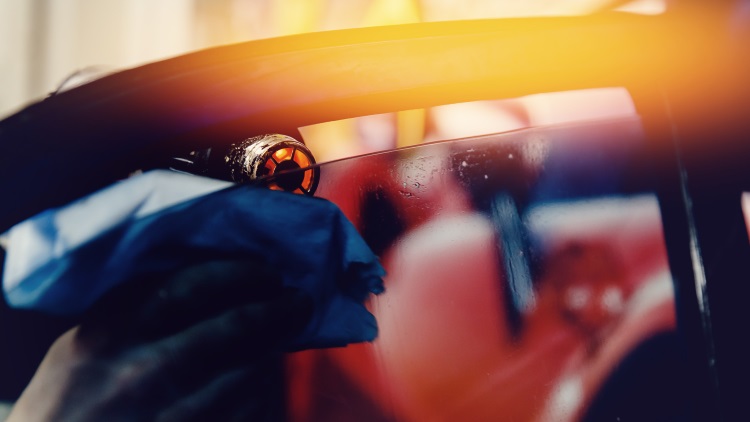 From engine tune-ups to regular maintenance and weekly washing, you take care of your car inside and out. However, have you taken your car windows for granted? Your car windows play a bigger role than just being a visual aid and relief from the heat.

When professionally installed, window tint (also called window film) can be beneficial to your car’s performance as well. While some may not realize it, tinted windows go beyond enhancing aesthetics. They can provide long-lasting functional benefits to protect you and your vehicle.

Having your car windows professionally tinted won’t break the bank. Standard, non-reflective tint film for automotive windows typically ranges from $50-$600. Car owners can expect to shell out a little bit more, $100-$800 or more, for high-performance ceramic, carbon, metallic, colored, or other specialty tinting films. In the long run, it’s the benefits that outweigh the price.

In addition, depending on the size of the vehicle, the time it takes to tint windows ranges between two to four hours. Tinting every window of a car can take up to four hours, while only having the two front door windows and the windshield tinted could take a little less time. A full sized truck generally takes up to an hour to tint.

Benefits of Tinting Your Windows

Both you and the interior of your car will be pleased with window tints.

Having window tinting professionally installed lessens the damage done by the sun’s rays to your car’s interior fabric. Without the heat from the sun regularly fading the fabric on your car seats, tinted windows will help keep your car looking new for longer.

Cars with leather interior will benefit greatly from window tinting as well. In addition, by blocking out the sun, window tinting will help protect you and your passengers against skin damage, discoloration, and even cancer.

According to Dr. Scott W. Fosko, a professor and chair of Saint Louis University’s dermatology department, “aftermarket window films can be applied to block the majority (two studies showed a 99 percent reduction) of [ultraviolet radiation], both UVB and UVA.”

It makes perfect sense to use sunscreen to limit exposure to the sun when we’re out and about. Having window tints on your automobile can act as the equivalent of sunscreen.

With all of the new technology on the market that works to make cars easier and safer to use, drivers are often lulled in a false sense of security when they sit behind the wheel. Rear window cameras, lane departure warnings, and automatic parallel parking are nice features to have. However, the one danger that’s rarely addressed by automakers is damaging UV rays from the sun. This is where something as inexpensive as window tint fills in the safety gap.

We all know that the summer months can be brutal. Even when your car’s parked in the shade, the temperature on the inside can become unbearable. You’ll feel the heat on your face as soon as you open your car door. Window tint can alleviate this by significantly lowering your car’s internal temperature.

It won’t feel like a cold winter’s evening, but with tinted windows, the inside of your car won’t be as hot.

Even regular window tint can keep out up to 35-45% of heat. The percentage increases between 75-80% with a professionally installed premium tint.

As mentioned above, the benefits of window tinting reach well beyond cosmetics. Other than health benefits, there are serious safety advantages to window tinting as well. Should you be unfortunate enough to get in an accident, window tint can minimize damage caused by the event.

This special Anti-Shatter Window Tint (or film) covers the entirety of your windowpane, it can act like a bond that will hold the broken glass together upon shattering. This will reduce the chances of you and all passengers being injured by pieces of flying glass shard.

There is a wide range of tints you can choose to have professionally installed on your vehicle. However, the darker the shade, the more security and privacy you get. Darker tints will keep whatever valuables you have inside your car hidden from would-be thieves and prying eyes. Therefore, if you’ve ever left an important and expensive package in your vehicle, you won’t have to worry about someone seeing it.

Even with the added benefits window tints have to offer, there are a few potential drawbacks. What car owners need to know before having window tint (or film) installed on their vehicles is that in some states window tinting of a certain height or percentage is frowned upon.

Car owners should research the rules ahead of time to avoid any unwanted issues. You can do that by checking out drivinglaws.aaa.com. A state-by-state listing of window tint requirements can be found on the website.

5. Window Tinting Keeps Glare Out of Your Eyes

One of the biggest factors that lead to accidents on the road is glare. Driving directly into the path of the sun is an annoyance that can’t always be avoided. Window visors may not do the best job at keeping the sun out of your eyes.

Tinting your car’s windows will keep glare out, and not just from the sun. Glare can be a serious problem at night as well. If you drive on any stretch of road after dark, you’re likely to share the pavement with others who don’t always remember to dim their high beams.

Even after the sun has set, having tinted windows can prove to be just as helpful.